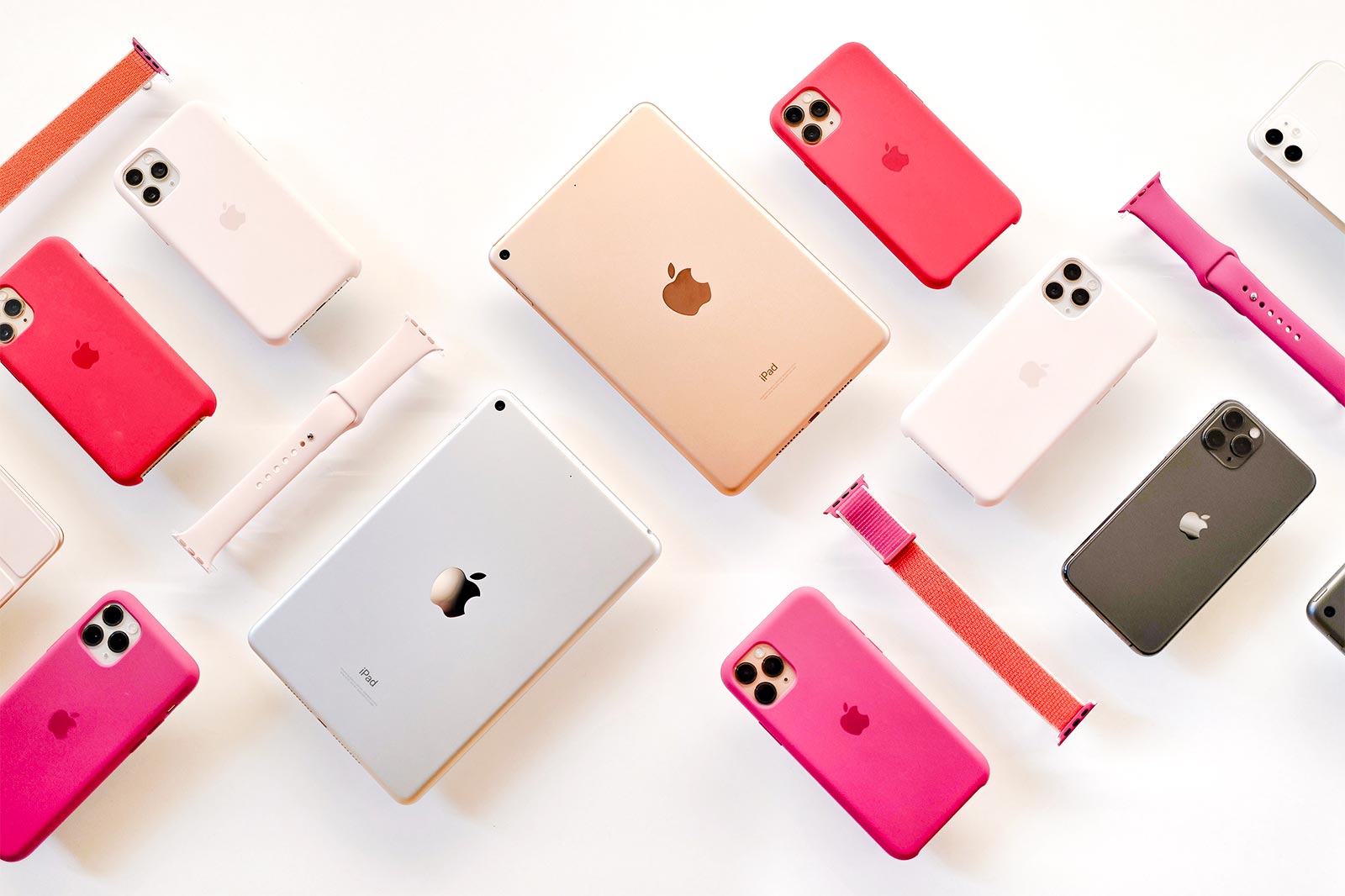 Now that we’re more than a week into the public launch of iOS 15, we’re starting to see the growth of the early adopter stage. We’ve noticed most organizations are using solely User-Agent as a way of measuring the impact of this adoption – a method we remain concerned about. We’re validating our prior observations to confirm if using the source network (Autonomous System Number) in combination with User-Agent might be a way to identify and isolate traffic from iOS 15 for general performance reporting purposes. While Apple’s privacy mission will make it difficult to ascertain who exactly is generating traffic on iOS 15 and beyond, we want to understand what requests we may want to ignore.

If you missed our observations on iOS 15’s Mail Privacy Protection (MPP) on the public beta, check it out here. One update to those observations is that Akamai appeared for a brief moment to be using more than one network to emit traffic. We’ll be keeping a close eye on their traffic to see if anything changes.

A quick refresher: Apple is using commercial CDN companies, as a proxy, to obscure traffic from iOS 15 devices. Historically, very little of Cordial’s traffic was served directly to CDNs.

We applied the methodology discussed in our prior article and charted the three largest CDNs and their traffic’s share of total open pixel volume over the past four weeks:

Highlighted in blue is the rise of source traffic from Akamai, Cloudflare, and Fastly coinciding with the September 20th release of iOS 15. This trend leads our team to believe that the methodology of using the source network (ASN) as a contributing factor in whether originated from an iOS 15 device is sound. In so, what impact does the growth of CDN-sourced traffic have on the open rate? This view of the raw volume of open traffic, by source network, should help us identify whether our open rates really are increasing: 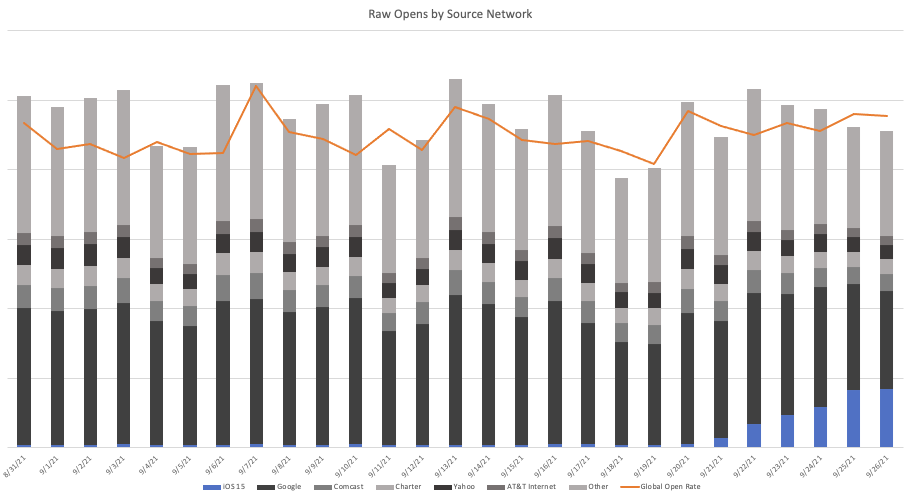 The blue remains a representation of CDN-source traffic. The orange line is our global open rate. The global open rate was calculated by taking the total number of opens in a day and dividing it by the total number of messages sent on that same day. There is some error introduced with a long tail of email behavior, but we assume the long tail to average out over the course of a given day. As represented here, we’re observing a negligible increase in the overall open rate across the system.

Let’s take a look at the impact of iOS 15 traffic on all other networks:

We’re not quite seeing the expected share of volume yet. As iPhone 13 is shipped to consumers and iOS 15 is rolled out to existing phones, we anticipate an increase in overall share. Our capacity planning team used historical iOS data to see that around 55% of Cordial’s traffic originates from iOS devices (iPhone and iPad). We predict a rush to around 44% of raw open volume originating from iOS 15 and long term approaching near 55%.

It’s not clear yet, and we have three outstanding questions that remain unanswered:

We’re continuing to track early adoption, stay tuned for our next article in our iOS 15 series, which will look at the unanswered questions and drill deeper into new data as it emerges. For further reading on this topic, check out these resources:

They say you never get a second chance to make a first impression. So how…

When we talk about growth, we often think of customer acquisition. But customer retention is…